Bosses Suck! How to Overcome a Toxic Workplace

Studies show that 79% of employees feel a lack of appreciation and 58% say they would trust a stranger more than their boss.  However, bosses remain completely oblivious to this and 89% of them think employees leave because they want more money when only 12% actually leave an organization for more money.  Check out the Forbes article here.

With these shocking numbers, I had to write about solutions to your common problem.

This doesn’t always work, but it worked for me at 2 jobs.  (PS.  I haven’t had a boss for 9 years, more on that later).  If there is a manager that is above your current boss and you actually get along with them, this may be the time to become besties.

Sometimes bosses can actually be cool and in my incident, I found that was the case at the last job I worked at.  I was a regular line cook at a job, but my business senses saw that the restaurant was not producing as much income as it should and originally I didn’t care to share my knowledge.  But then the time came.  I had 2 sous chefs above me who sucked and above them was the head chef who I kept my distance from due to job titles.  I started talking to the head chef more and more instead of cowering out of intimidation of the big boss.  Everyone likes to see confidence, so don’t ever act like anyone is above you, we’re all equal, the only difference is that the higher-ups have more responsibility or risk and they might have a larger pay-check.

I began with a light conversation like how the hockey game was or music we had in common, but eventually, it started to get geared towards the numbers.  Here are some examples that usually spike interest in the bosses eyes –

In my case, I had one Sous Chef who was very slow and falling behind on the line, had horrible presentation, and brought morale lower which resulted in all of us not giving a sh*t about our job.  So this one was easy. However, there was a second Sous Chef that I had to get rid of.  This other person was extremely quick, food looked delicous, and he got along with everyone except for me.  However, he sucked at ordering and we had lots of food waste.  I explained that they may be paying him $50,000/year, but he was wasting $40,000 in food a year which resulted in more money then the head chef was getting paid!

If the manager of your boss doesn’t listen then you may want to move up the ladder.  These higher up executives don’t care about your personal story, so skip the small talk and bring the numbers to the game.  They care about the investors and that is it.  If you can show the amount of money investors are losing then make sure they know.

All of this resulted in myself being promoted after only 6 months of line cook experience and a good pay increase.  However, it turned out that I didn’t like the GM much and there was no chance at getting him fired, plus I had a goal to “retire” by 25, so timing was right anyways.

Start a Side Hustle

I never recommend quitting your job unless you have another source of income or a job lined up right away.  So that’s what I worked on.  As you may already know from reading my other articles.  I invested in Real Estate and created online businesses.  This is too much to get into on this article, but check out the articles The Power Of Knowledge and How to Overcome All Odds and Ways to Make Money in The Year 2019.  These will teach you everything you need to get your own side hustle going.

Time To Get a New Job

Chances are that inflation has rose quicker than your jobs pay raises.  Check out what other jobs are available on the market and you might be shocked at the pay increase you may see.

The only reasons I ever had a job was to gain knowledge and understand systems, an income source that’s needed for income generating mortgages, and possibly health benefits (An important one if you are in the USA, thankfully Canada and pretty much the entire planet has a better medical system than the USA).   If I wasn’t receiving all 3 of those then I would quit.

On top of that, you have to think about the stress levels you are receiving from your current bad boss.  If you can’t get rid of them, you don’t have a side hustle, but your health is depleting, then it may be time to get out.

Maybe you are not the only one who dislikes you boss.  If this is the case then gather the others who also hate the boss and move up a level.  Go straight to the bosses boss and tell them that you have done everything you can and if they don’t fix the issue in 1 week then all of you will hand in your letters of resignation.   If you have enough people this may be devastating for the company.  This is a method I used at a job I had that I really didn’t want to leave.  3 of us said that if the manager isn’t fired within a week then we will be walking out.  The manager was fired next day and one of the others who threatened the walk out was promoted and was an amazing manager.

If there is a tendency of employees leaving because of this one individual and enough of you threaten to leave that will impact the business then this is a pretty sound way to get what you want.  I suggest threatening a walk out instead of a letter of resignation because you don’t want to have to train your replacements, you want the company to be f*cked for not caring about the employees.  Imagine if 3 out of 5 line cooks didn’t show up.  The restaurant wouldn’t be able to function and would have to close their doors until they can train new people.  How do you train new people when you are constantly playing catch up?

A business can’t function without its employees, so use that as your leverage.   On top of that, don’t overlook a side hustle.  Creating an income doing what you love is completely possible these days, so read Ways to Make Money In The Year 2019! 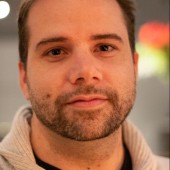 After taking course after course and only finding 1 out of every 5-10 to be any good, we decided it was time to release the best resource available for finding top-notch courses. Online courses have become our new Netflix! We now scour the internet searching for the best courses available so we can share our findings with you! Let us know if you have any questions.

How to Thrive During Covid-19